A place where we could be with other people who wish to serve God, who are care that “looking after Creation – God’s world-  is part of being church, ” – aware that God cares for the whole of his creation .. (and I could go into more…)..

We stayed at the Retreat Centre called Noddfa (meaning refuge in Welsh) in Penmaenmawr.

The sisters and staff at Noddfa fed us well – vegetarian food – Cromarty pie, beetroot and cabbage salad, pie with hazelnuts in the pastry and much more.

It is a grand Victorian House with a splendid indoor staircase – I wish I had had a ball gown as I walked downstairs.

Asking us to find a place to be by oneself .. A place to meditate We went out  to find our own quite place in the grounds and think on ideas and quotes… Chris sounded the bell later to gather us back. .. Each time we explored further.. and Chris had to ring the bell longer and louder..There are two labyrinths in the garden – and a “cosmic trail” reminding people how old creation is.

Our group went on a walk op the hill. We found 30 species of wild plant in flower on our walk up the hill – each of the three children found ten different ones. – Here is Himalayan Balsom.

Walk up the mountain – this is as far as our group reached.

After supper we had an hour.. extended to an evening’s shared entertainment

On Sunday we met in the chapel. Paul talked about temple theology.

Many issues were raised including:-
Judith encouraged people to encourage their churches to raise money for saving rainforest and other habitats – vital when so many species are under threat.

She also gave out VERY simple questionnaires to raise awareness of local  biodiversity / nature for people to test in their churches.
Tony Emerson talked about the upcoming Ecocell workshop in January,

On the beach before breakfast on Sunday  … the tide was out 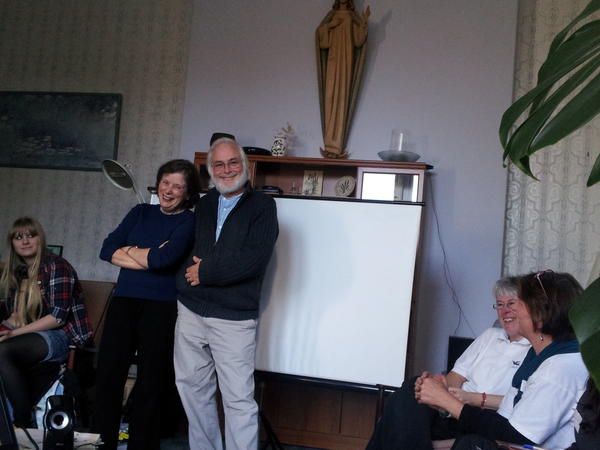 At the CAFOD Potato day workshop – Photo from CAFOD

On the Sunday a group of young people (17 – 19 year olds) from North Wales met for a CAFOD day workshop on “Hungry for change”. They dug potatoes in the allotment. They were keen to hear about CEL and keen to spread the word about “Hungry for Change” using methods such as Twitter, Facebook, wrist bands and t-shirts. 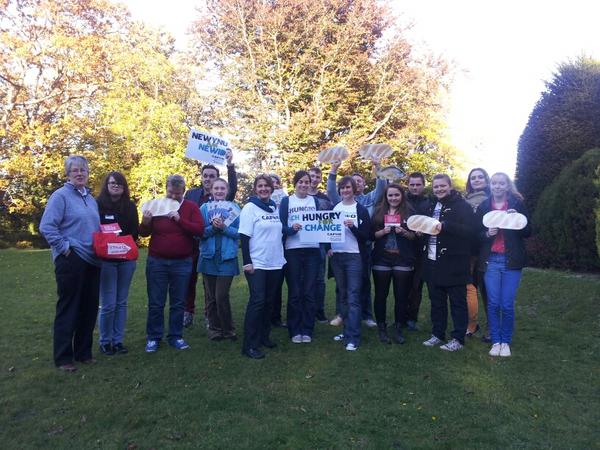 Hello, could you tell me how long the retreat has been in Penmaenmawr? I once visited your town with my local chapel youth club back in the early 1970s and spent a week there (I think) and I've now reached the age when I'm thinking back on these things. We were from Hexthorpe in Doncaster. If it is the same place, I'd love further details. It wouldn't have been later than the end of 1971. Don't go to any trouble though. Many thanks, Allan

Add your own comment to "CEL Retreat Weekend at Noddfa, Penmaenmawr, N Wales"